Forward to a vriend
≡ 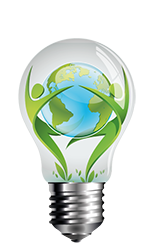 Manfred Snijders, "the man behind the green plan". 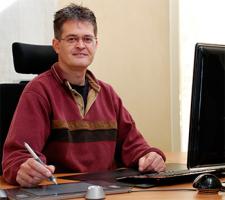 First of all, the all familiar abbreviation, WWW, but in another context. You are probably wondering why this new maxim?

Well, it's quite simple. I know of quite a few people whose thoughts and actions are moving in the direction of a better world, but personal experience has shown me how much opposition this causes. Personally, I expected to get cooperation when presenting my plans, but what I'm doing wrong - who knows - but the opposition is incredible.

I ask myself, and all of you - is wasting  energy unnecessarily irritating you as well? Is it something you recognize? As a child I, Manfred Snijders, probably will have experienced such irritating occasions like, not turning off the passage light while in my room, turning down the thermostat just before going got bed ?

Did I use unnecessary energy; of course!  I acknowledge that one of my biggest "sins" was a Jacuzzi and yes, I also own a car. You might be under the impression that it is energy-saving vehicle, by today's standards it is almost there, as  it is a 1600 cc, hybrid Honda. Of course I could be driving a Prius, a "green", meaning ecologically "safe", car if you drive the correct way! But still, think of all the batteries it uses. In the laboratory it proved to be extremely economical and of course driven in the correct manner, emission is minimal.

This car is not really one to write home about, especially when on the highways, the leased Prius drivers raced past me at 140 km/hour, only thinking about the mileage. It is a superb example of "appearances can be deceiving".
Recently I had the opportunity of driving a Prius and I must admit it was a pleasure, but it is the only alternative. I hope that my next car will be one using hydrogen, the only real alternative.

At the moment I only drive 2.000 to 3.000 km per year, though the best way to drive "green" , is not to drive at all! As far as I am concerned, the road tax should be abolished and fuel increased by €0,10. It is logical that those who drive little and economically should be rewarded by paying accordingly. If you have the means to drive a fuel-guzzling "souped up" contraption, you obviously have the money to pay for the relative road tax.

In my present home, I am constantly aware of the energy consumption, by regulating the thermostat, using  a wood burning fireplace with 75% efficiency in the evening and using low-enery light bulbs, which I plan to replace with even lower energy LED light bulbs. I have replaced my 12 year old TV with a low energy LED TV, replaced the freezer and refrigerator with an energy-saving Cooling combination and my computer has been replaced by an economical Apple i-mac.
Furthermore, in the evening and at night, all unnecessary lights are off.

The present energy usage at the moment is 1100 to 1400m3 gas for a 500m3 detached house and 2000 kWatt electricity, which I hope to reduce even further. I conduct my business from home and do not plan to sit in the cold while doing so. These past years I have been able to control everything myself,  since I am no longer dependent on employment by a company, where on the factory floor I often stood in amazement and disbelief at the waste of energy. This situation often led to arguments about the most ridiculous things, like switching equipment on or off.

Just to give you an example: there was an afterburner, which also generated thermal oil, not even yielding 30% but with a usage of 60 m3 gas per hour. The afterburner was used to burn the oil fumes, preventing the odour pollution in the surrounding areas. I had colleagues arriving at work at 07:15, turning on the afterburner, going to shower until 07:45, emerging fresh as daisies to begin their shift. The afterburner was simultaneously the energy generator to heat the oil and should it have been turned on an hour before production, it would have gained the correct temperature. Production began at 10:00, so turning the equipment on at 09:00 would have been time enough. Let us say, for argument's sake that it was necessary to start earlier, it would still have gained the correct temperature. My idea in this case, was: let the employees get paid ¾ of hour overtime and use 100 m3 too much. It often occurred that everything was finished at 12:00 and all could be turned off, leaving the afterburner to burn for another one and half hours and then be turned off.
But no, everything had to stay running until 5 o'clock in the afternoon. WHY???

We were looking at a 300m3  waste of gasper day. On an annual basis 300m3 x 200 working days = 60.000 m3 wasted by pure obstinacy. With this I could warm my house for 40 years, and that is still only one machine!
What I find worst of all in this situation is that when you think about all this, who is being ridiculous? I am not the one with children.
Now 7 years later the same system is still considered the norm, the biggest discrepancy being such factories are charged a different rate compared to the home owner. The Netherlands is just another oil state.

This frustration led me to see that things could and should be done differently. Just look at the changes in the climate today, and this is only the beginning. Putting things off till 2050 will be too late.
All solar energy accumulated on this planet from the time photosynthesis began, and here I refer to: coal, oil and gas, as well as peat, will be depleted by 2050.
We have used all this energy within the space of 200 years. This should give us the impetus to take this matter seriously NOW.

This is the reason why I am fighting for 100% green NOW!

My wish is to build a house, not a castle, just big enough form me with a floorspace of only 69 m2 with a garden having an extra value regarding f.e., and a meadow. People who know me, frequently ask: "What if that other dream comes true, the woman of your dreams". Well we still have the cellar, ha ha. The cellar I wish to build 80 cm above groundlevel thereby creating the possiblitiy of placing windows for obtaining natural light in the cellar. Some of these windows are intended to be the cellar opened for ventilation and a possible emergency exit.

At the moment, the way I intend to build the celler will add an extra 40 m2 to the floorspace .
A storagespace of 2 x 2m with a hatch to get the woodpellets for the heating system into the cellar, and perhaps a staircase too.

Initially, the goal is to use about 30 m2 for my business, webdesigning and other graphic designs, that is also the reason I need the windows in the cellar, my desk will be placed in such a position so as to enable me to be inspired by the garden, such as it is at present. But of course with the windows placed  in such a way (light and ventilation) that an extra bedroom can be made.

The more I think about it, the more urgent it becomes!

Having had my training as qualified Food Technologist and due to the current family situation, my thoughts go back to my roots and former employment.

The food industry, and the knowledge I gained in my previous working experience working in the fast food and ready meals sector after completing my studies as a food technologist, made me see things making it difficult to cope .
I worked at one of the top three machinery plants worldwide and it also supplied the big fast food chains. My job was to demonstrate and advise the customers how to optimize their process-flow to obtain the maximum production. While working with these big boys like the one with the arches, I had to sign a  confidentiality clause recipe-wise. But I know better now:it is a case of  "your back against a wall", sign or become redundant.

Of course I still can't go into details but they do everything to sell water, they mess with acidity add gel- creating additives, because water is money.

Now we come to the problem, your body can't cope with these additives, of course they are allowed - but then what isn't!?
The agencies who check and make the rules have you in their pocket, for example the E-numbers:
from a certain e-number you are allowed to have x mg / day.  One product is just below that value so now you eat two products,the product is correct, does not contain too much, get my point!

So the agencies make the product label obligatory and in this way the customer bears the responsibility. Another thing,  e-numbers are based on rat lab tests not on humans, so the media told us a couple weeks ago that they expect an explosion in colon cancer in 2020.

But this is just one aspect. Another aspect is that many ingredients contain modified starch and there are so many ways of modifying the starch.
The problem with starch is the structure, your body sees starch as it is, a chain of sugars, which it needs to burn for all processes, but now we made the chains more unnatural by modification, your body still wants to keep them  as an energy buffer, why do they use the starches, they are easily obtained from water and fat.
The result: your body tries to store them and they retain water and fat, in short - eat a lot of junk food and you will get a big bottom.
It your own energy buffer, and good luck with it.

But further processing isn't the only problem, the big problem is the first step "the bio industry"

One example is raising chickens. Normaly a small chick will take from 2 to 3 months to become a fully grown chicken, ready for slaughter. But they have also worked on that. Within 28 days a small chick is fully grown with double the breast meat than is normal.
Another example, cows (for consumption) eat grass, or so I always thought!  Wrong! No, nowadays cows eat maize, resulting in the fact that they are standing in mud and in reality - their own defecation.

Check the documentary Food, inc.
In the Dutch f.e. at Bol.com: Food, inc.
Robert Kenner made a documentary of the malpractice in the US, I think you must see this!!

So another idea occurred to me in oder to realize my plan, depending on the food allowed and on the space available.